The Chimney Tops Trail is one of the most popular trails in the Great Smoky Mountains National Park. It climbs 1400 feet of elevation in 1.75 miles to view up close the summit of Chimney Tops, a mountain with a distinctive chimney like rock features at the summit. There are also expansive views of nearby Mt Leconte.

I got there early and learned that this trail was affected greatly by the Chimney Tops 2 Fire of November 2016. Previously the trail was a 1/4 mile longer and brought you right up to the first Chimney Top after a rock scramble.

I was excited to get moving as it was early, overcast and damp. The trail began quickly by crossing 3 bridges over gorgeous sparkling streams running over and through the carefully strewn boulders present in all the streams in this area. 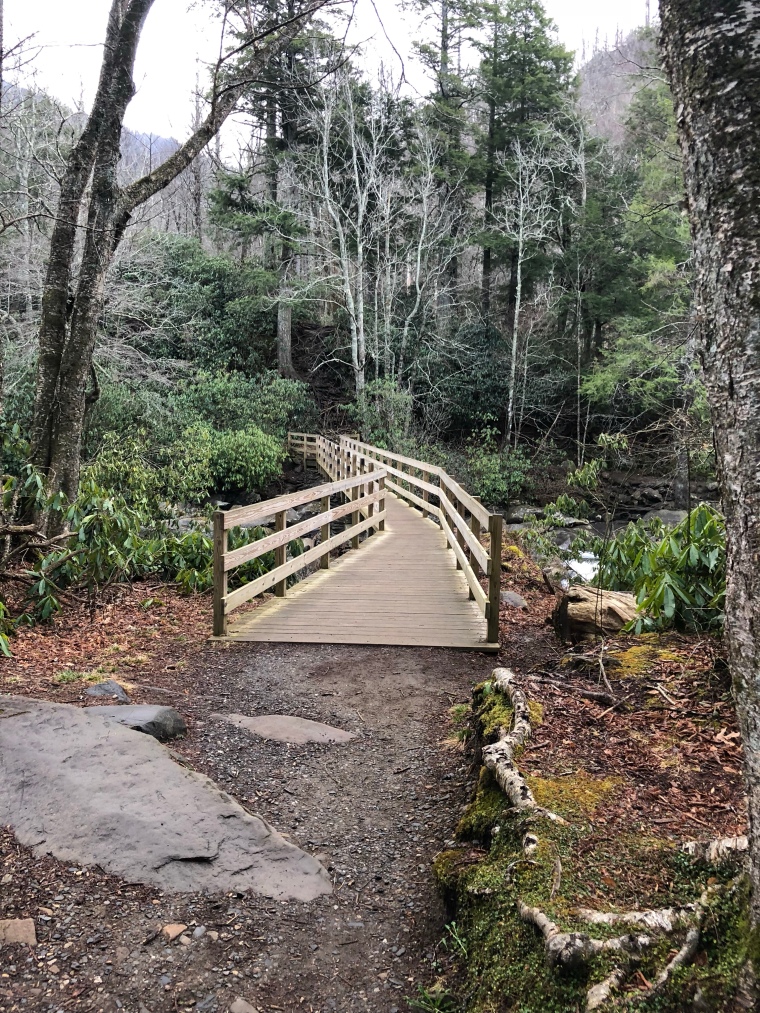 The trail picked up its intensity and begins to climb in elevation quickly from here on out. In this area there is a distinctive tree stump that I found fascinating. 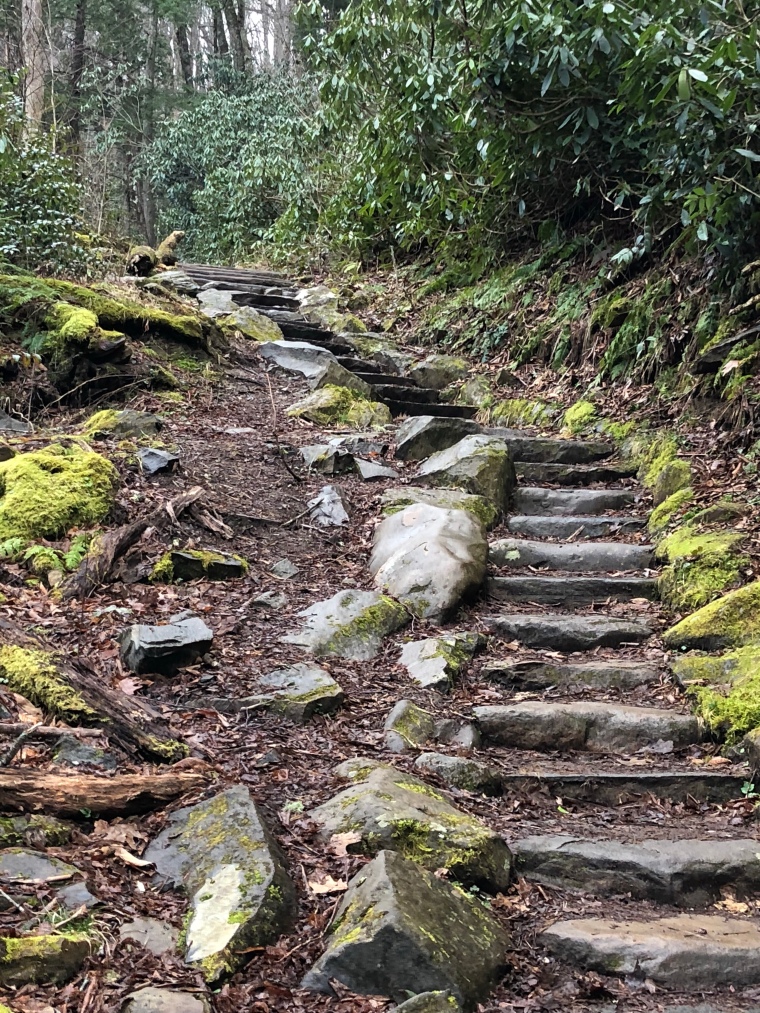 After crossing a 4th bridge, the trail soon turns sharply right at the .9 mile mark. Continuing straight on the Road Prong Trail for 2.4 miles would connect you with the Appalachian Trail. 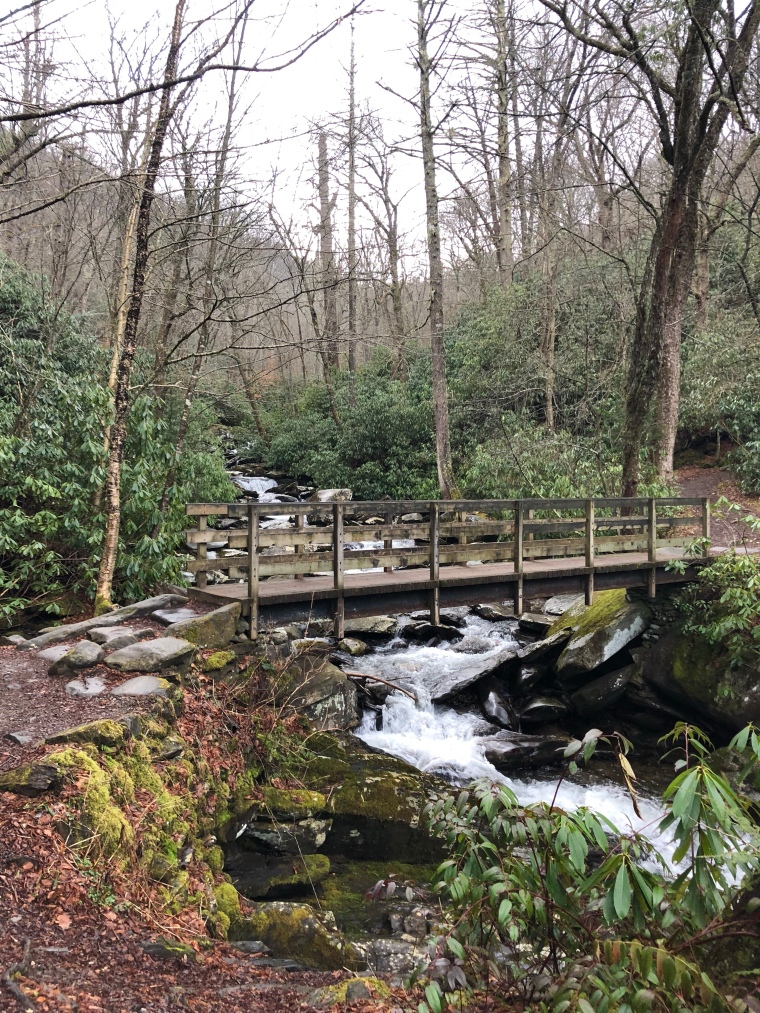 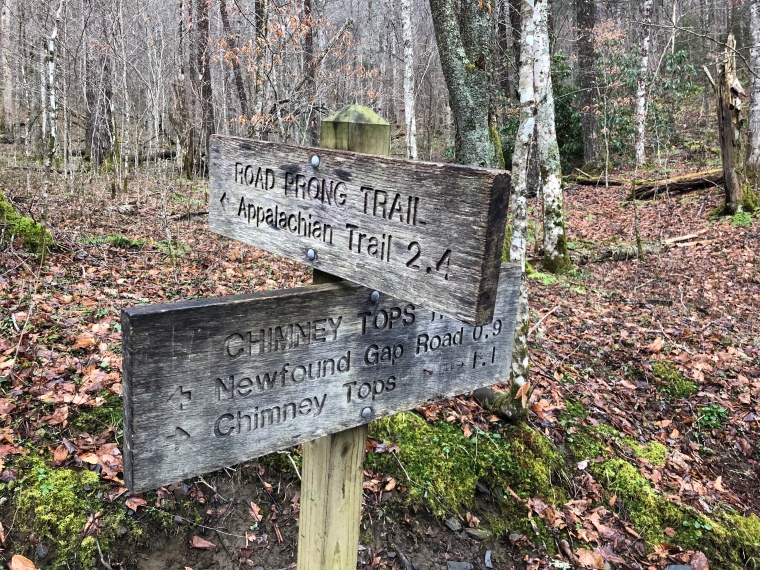 I took the right fork and began to ascend ever more steeply. It felt for a moment that the stairs would never end reminding me of the Perpendicular Trail in Acadia NP. However, soon enough I broke through the trees to an expansive view of the valley below with Mt Leconte visible in the distance.

Nearby to my left the Chimney Tops appeared to be even with me. You could easily see the charred trees and damage from the fire 15 months ago. After soaking in the rewards of my climb, I followed the trail a few more steps were the end of the trail is now blocked with a large door. 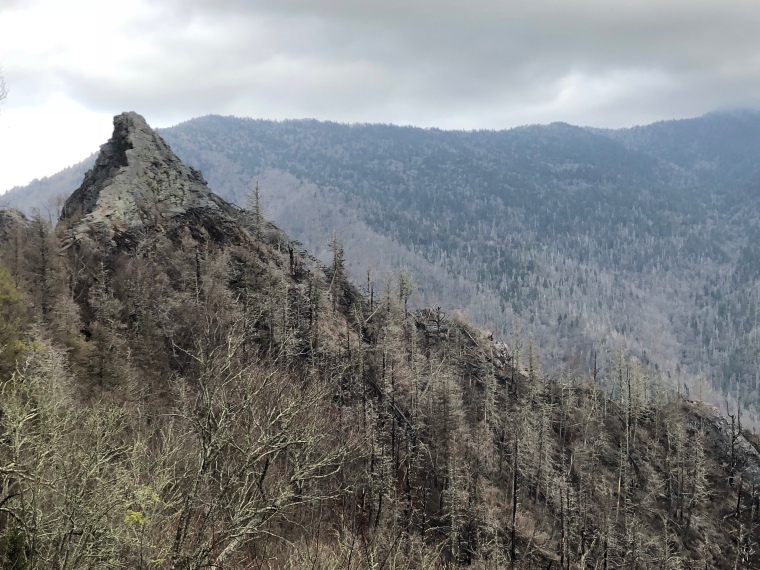 Heading back down I was rewarded by sunshine poking through the clouds, bringing out new colors in the rocks and plants around me. In half the time it took me to get to the summit, I quickly arrived back at the trailhead. Round trip, this trail is 3.5 miles with great views of the area. This is a must do trail when hiking in the Great Smoky Mountains. rk