Dad and I were driving up the Icefields Parkway in Banff National Park having a grand ol time but a little sleepy so we decided to make some coffee and hike to Mistaya Canyon  to wake us up a bit! The hike to the canyon is only half a kilometer (third of a mile) making it feel like nothing. However the reward is for that measly fraction of a mile is a canyon worth a solid five mile hike! Not really knowing what to expect we walked down the trail and onto a bridge that crosses the canyon.

What makes this slot canyon so cool isn’t the size but the unique way the water has formed it. The quick moving Mistaya River corkscrews down into the canyon, smoothing out its walls and creating a canyon reminiscent of those in Antelope Canyon, Arizona! 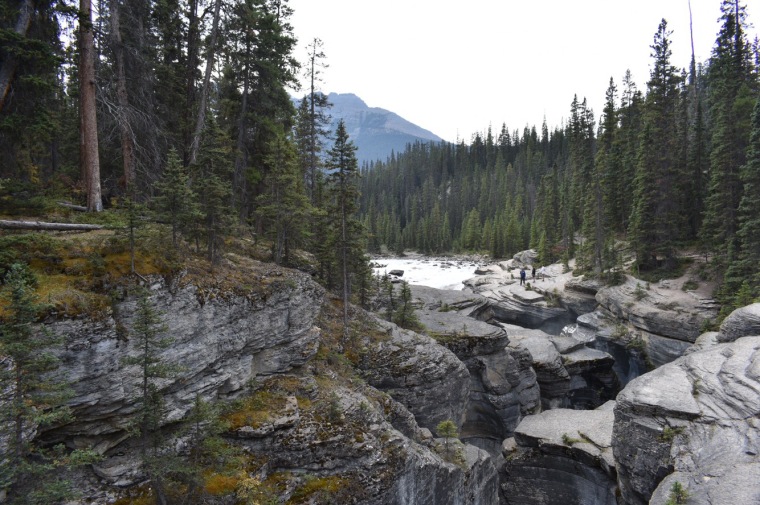 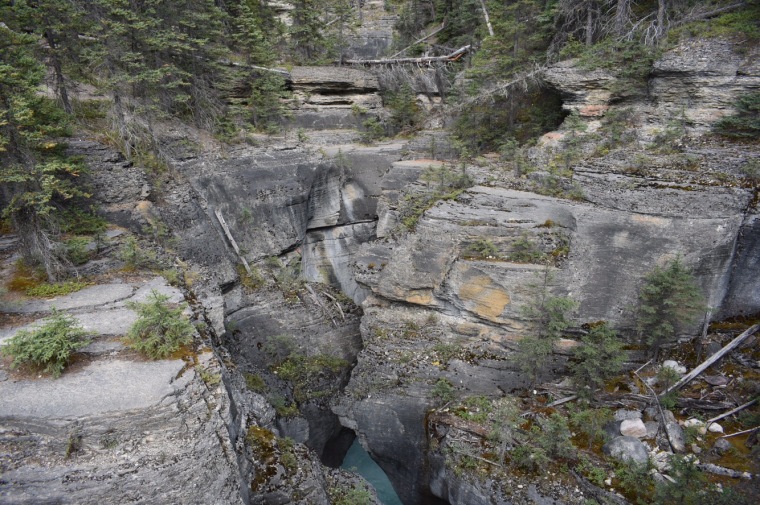 After marveling at the canyon and the mountains behind it we decided we wanted an it more of a hike so we followed the Howse River trail into the woods. After leaving the canyon we didn’t really have any insane views just the quiet woods all to ourselves (which is quite nice after going to Lake Louise and it’s ten million hourly visitors). Anyways we hiked for a bit before reaching a nice fallen down tree to sit on and enjoy a snack and then we turned back for the Icefields Parkway!

Also it’s hard to get good pictures of a slot canyon but I tried so I hope you like them. 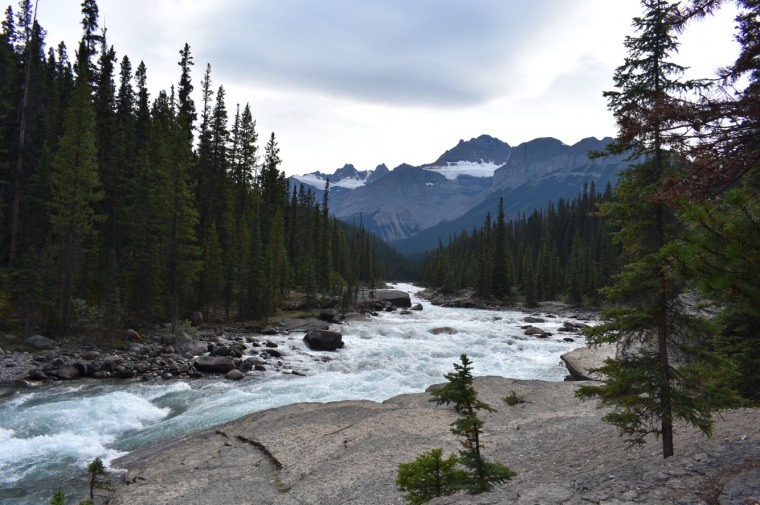