Dodging Alligators, Giant Owls, and Hordes of Insects on the Mandalay Nature Trail

I was in Houma Louisiana for meetings this week.   When driving through this town deep in the heart of Cajun country, I noticed multiple signs directing cars to the Mandalay Nature Trail.   I knew I had to go check it out.   The trail itself is in the Mandalay Wildlife Refuge and is mostly only accessible via boat.

After a short drive from town, I found the trailhead and parked.   There were no cars and no sign of human life about.   I wasn’t sure how long the trail was as I couldn’t find any mention of it on the signs or internet.   I started down the trail and it was several feet wide, lined with trees and Spanish moss and swamp water on either side.   I could picture the trail as an alligator buffet, with yours truly as the main course.   There would be no escape if one lunged out from the swamp.   I was only about a hundred steps down the trail when a very large bird buzzed me and landed in a nearby tree facing away from me.   It really startled me.   I think it was a giant owl of some sort, but honestly no clue.

The owl where it landed in the tree 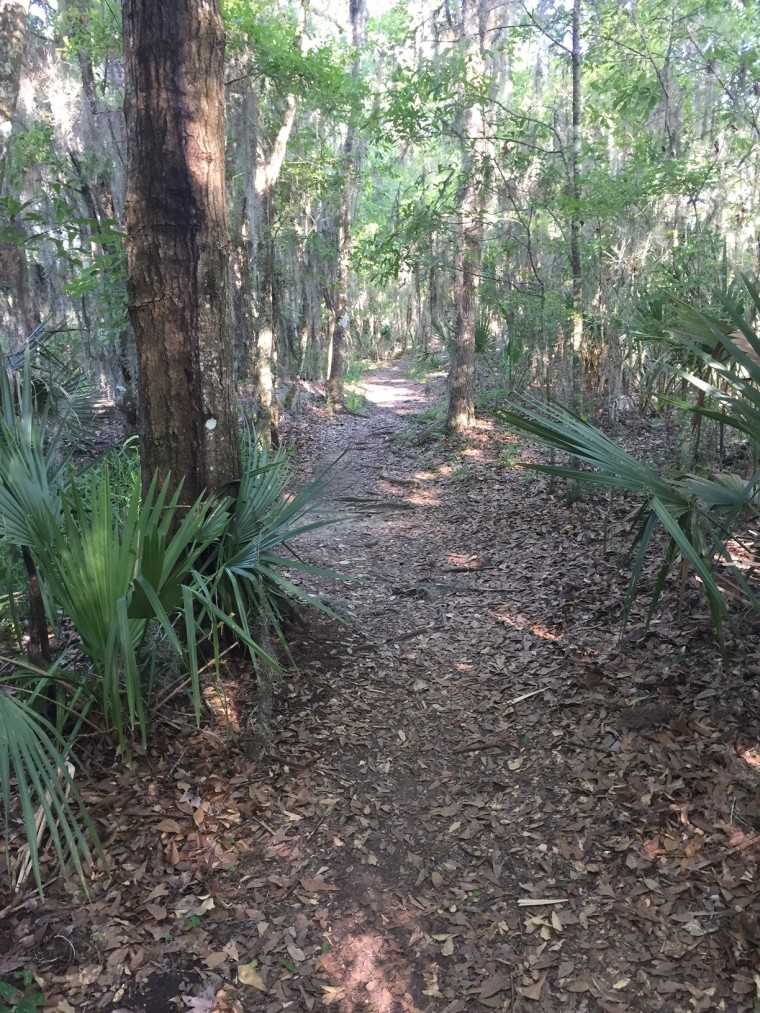 This trail quickly came to a covered bridge which crossed over a small body of water that looked like prime alligator habitat.   I could see a crane off in the distance.   After crossing the bridge, the trail veered 90 degrees to the right.    The trail was even narrower here.   I must have been the first person through in a while because I cleared a path through dozens of spiderwebs before suddenly coming to a sign saying the end of the trail.   Oddly enough, the trail continued and since I felt I hadn’t gone that far I went ahead and continued.   After another sharp 90 degree turn, this time left I came out onto a short wooden pier that led out into a larger body of water.   It was beautiful, but unfortunately hard to enjoy with the dozens of giant wood bees that didn’t like my presence and dive bombed me constantly.   I figure that the trail was about ½ a mile out to the pier so I took a couple of pictures and then turned back to complete the approximate 1 mile round trip.

The pier at the end of the trail

The view from the pier

More views from the pier

About halfway back down the trail near the covered bridge, I almost stepped in a large pile of hot steaming scat.   I mean it was fresh and I was sorta creeped out.   Who or what did that and where did it go.   The only land was the trail itself, everything else was water so it had to be nearby.   About 10 steps past the scat, a six foot alligator that I didn’t notice before slithered quickly and smoothly into the water.   I guess that is where the scat came from, either that or the alligator ate whatever did it.   Now I was definitely creeped out and the bugs were starting to swarm, so I took off running and quickly made it back to the car and took off out of there. 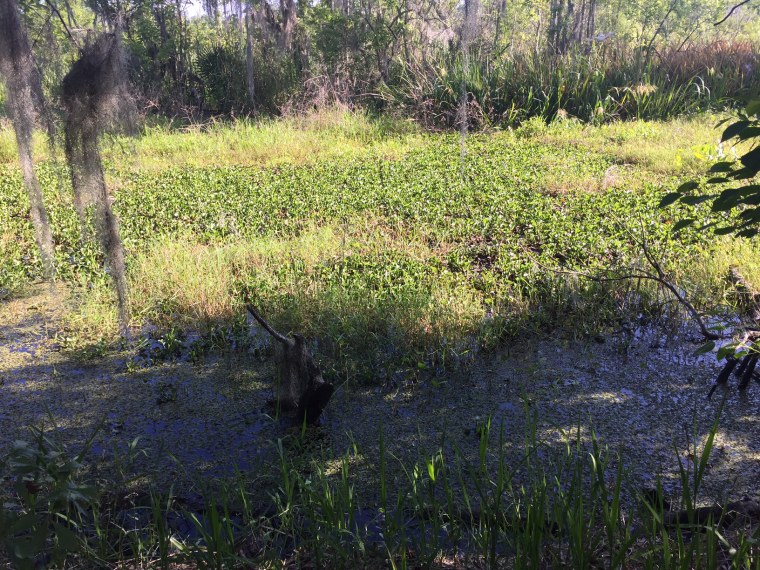 Where the alligator went

Overall, it was a cool trail.   I would recommend gobs of bug spray if you are going in the summer.   And maybe a big stick in case an alligator attacks.   rk

One Comment on “Dodging Alligators, Giant Owls, and Hordes of Insects on the Mandalay Nature Trail”